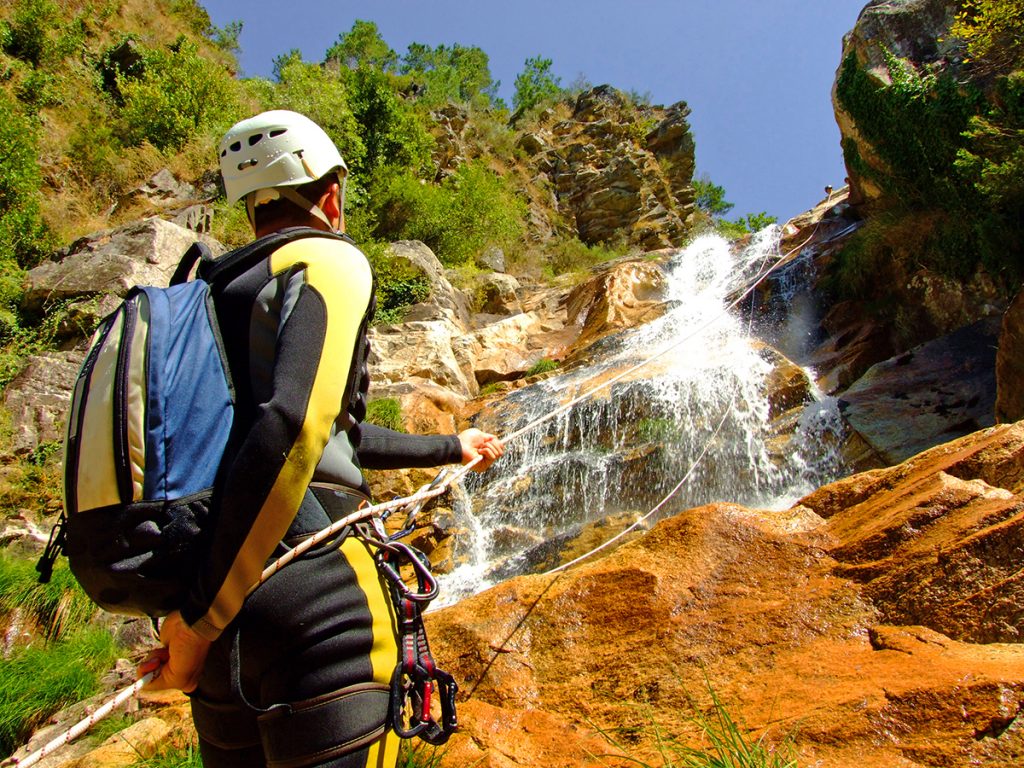 Climbing Rock
If you are in Meteora and admiring the rocks, see some figures climb slowly but steadily to the top, do not be frightened and do not think that they are “madmen”. There are some who love to climb against the law of gravity.

We refer to the climbing sport, a fascinating sport that lasts widely known, because it gives intense thrills, can be done almost everywhere and does not require very expensive equipment and training.

What is;
In rock climbing, the athlete climbs the “face” of the rock using his knowledge, experience and physical strength. It is supported using the relief of the surface, ie the points (recesses, protrusions, grooves, etc.) in which it can be grasped and pushed. It requires concentration, coordination, flexibility, good physical condition, patience, pure mind, but also boldness and imagination, developed by practice and practice.
Rock climbing brings the athlete into contact with nature, exercises and strengthens his body and mind, improves his physical condition and his spiritual strength and gives him intense moments and great satisfaction when he conquers the top and achieves the goal he put . But it is a demanding sport because it requires a constant effort. Climbing can take more than an hour or more.

How is it?
Climbing is done by two athletes who are tied together by rope (usually 60-80m long). As one climbs the other, staying at a fixed point, takes care of his safety and protects him in the event of a fall by holding and braking the rope. During climbing roles alternate.

The equipment is used exclusively for the safety of the athlete and not to climb straight to the top.

Technical top-rope
There are various techniques in rock climbing. For example, in the case of top-rope climbing, the rope passes through an “anchor” lying on the top of the rock. One end of the rope is tied to the athlete’s climbing belt, while the other ending to his partner staying on the ground, at the base of the rock, controlling the ascent. He who waits at the base of the rock is also called belayer. His job is to observe the climb, always having the rope in his hand and picking it up so there is not much “sand”. In the event of a fall, the belayer brakes the rope by means of a belay device.